From Navigation to Urban Planning: Maps are still relevant

In this article we will talk about the history of navigation and how we have come a long way from making maps for navigation to adapting it for urban planning.

Some maps have established territory, political views, and religious views while some simply illustrated hunting areas and bodies of water. One thing that has remained constant with maps is it conveys geographic information.

The oldest known map dates back to 6100 to 6300 BC—a 9 foot wall painting of a town plan in Anatolia. Other ancient maps were found in Babylonian clay tablets from around 2300 BC. While maps have been around for quite a long time, the first known one to combine math and geometry is that of Greek scholar’s Claudius Ptolemy. His brainchild paved the way to describing over 8,000 locations in Africa, Asia, and Europe, and an emphasis on the discovery of the Mediterranean.

As the techniques in cartography evolve, so does the maps’ size.

Early maps used to be placed in a walls, bricks, and stones. It has since evolved to being widely printed and used in paper, and is now available in smartphones. Today’s advancement in technology makes it possible for maps to be transferred or copied from one device to another in seconds.

We are lucky to be in a time where maps are more accurate, accessible, and lightweight.

By now you might be wondering what our point is. Now, we will talk about Urbanfinity, a startup supported by the Australian Government and Geoscape by PSMA Australia.

Urbanfinity is for design and construction professionals. Our products Context Map, Site Analysis and View Map are designed to help in urban planning, specifically in surveying an area and coming up with a detailed report at a shorter span of time and at a lower cost. What makes Urbanfinity’s technology more attractive to design professionals is that it is compatible to design tools mostly used by surveyor and architects—AutoCAD, ArchiCAD, Revit, and Vectorworks. 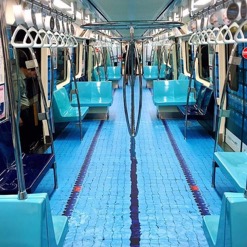 Urbanfinity is compatible in these design softwares

In a time where the population growth skyrockets, we are in a good place especially when our construction and design professionals are equipped with tools that make their work easier and faster, like how science should help us on a daily basis. To know how Urbanfinity can help your business, complete the form below or contact us at 1300 429 205.

All Nearmap 2D and 3D data modelling is supplied by Nearmap Proprietary Limited while Context Map building footprints, attributes, and cadastral data is supplied by Geoscape by PSMA Australia.

Urbanfinity and Nearmap partnership - How does this impact your business?

What is the science behind Urbanfinity’s technology?

Stay up to date with the latest geospatial technology and products for your business.